Alicante offers much more than fun in the sun. The old quarter is rife with beautiful architecture, from the cathedral and the cloisters to the town hall and many winding alleys, and a wealth of fascinating museums can keep even the most ambitious visitors busy for days. Here are our highly recommended must see in Alicante.

BASILICA DE SANTA MARIA
Located just across Calle Villavieja, flanked by twin towers, the Santa María Basilica is a gothic structure based on the mosque from the ancient town, dates from the 14th and 16th-centuries and was completed with Baroque and Rococo finishes in the 18th-century. 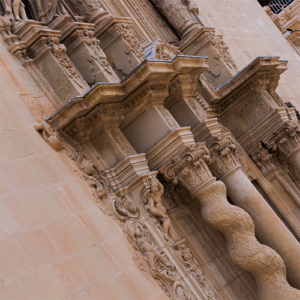 CASTILLO DE SANTA BARBARA
There are sweeping views over the city from the ramparts of this large 16th-century castle, which houses a museum recounting the history of the city and contains a couple of chambers with temporary exhibitions. It’s a sweaty walk up the hill to the castle, but there’s a lift that rises through the bowels of the mountain to the summit. To return, it’s a pleasant stroll down through Parque de la Ereta. 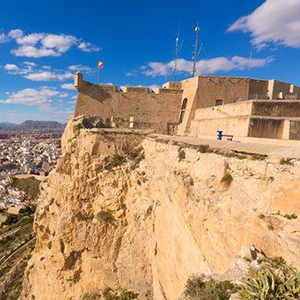 AYUNTAMIENTO DE ALICANTE
This baroque civil building was erected during the 18th century on the site of the former town hall. The main ornamental features that visitors always admire are the columns on the facade and the two towers. Inside there are several interesting rooms such as the Salón Azul, styled from the period of Spain’s Queen Isabel, the Salón de Plenos and a chapel in which mass can be held. At the foot of the main staircase of the building is the “Cota Cero”, which is used to measure altitude above sea level anywhere in Spain. 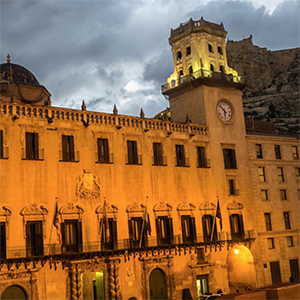 MERCADO CENTRAL
Alicante’s main market hall is a feast for the eyes and other senses. Dating from the 1920s, it has a few Modernista flourishes. All kinds of high-quality products can be bought here, especially local fish and seafood, vegetables and fruit, as well as other typical local products. That is why the city’s top restaurants source their food from the Mercado Central. 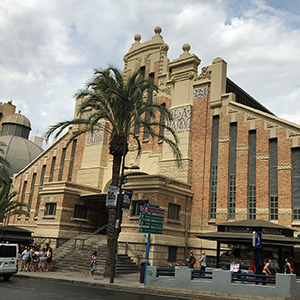 EXPLANADA DE ESPANA
It is one of the city’s emblems. It runs parallel to one of the port wharfs and is lined on both sides with rows of palm trees. The floor is decorated with 6,600,000 tricolour marble tiles forming a design with a characteristic wave effect mosaic. 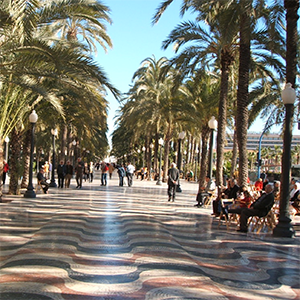 PLAZA DE TOROS
This is one of the oldest working bullrings in the Region of Valencia. Built in 1847 by Alicante architect Emilio Jover, it had to be completely renovated in 1884 due to serious deterioration. Its second architect, José Guardiola, took on this important project and added a second floor with stairs and independent adjacent accesses. 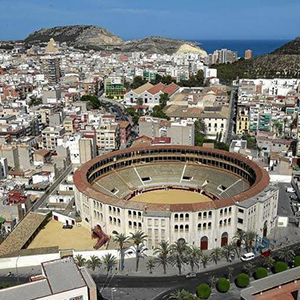 MUSEO DE ARTE CONTEMPORANEO DE ALICANTE
This splendid museum, inside the 17th-century Casa de la Asegurada (about 50 m away from VillaVieja17), has an excellent collection of 20th-century Spanish art, including works by Dalí, Miró, Chillida, Sempere, Tàpies and Picasso. The pieces on display rotate regularly, as the collection is a sizeable one. The foundation of the collection was a donation by noted abstract artist Eusebio Sempere, an Alicante native who has a section to himself. 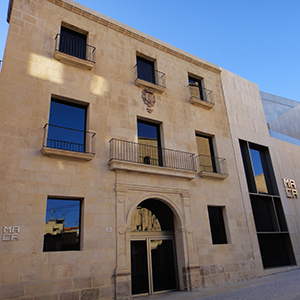 MUSEO ARQUEOLOGICO DE ALICANTE
This museum has a strong collection of ceramics and Iberian art. Exhibits are displayed to give the visitor a very visual, high-tech experience, and it’s all beautifully presented. There are also high-quality temporary exhibitions. 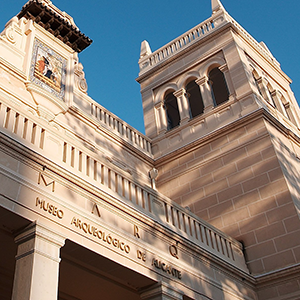 MUSEO VOLVO OCEAN RACE
On the pier, this museum brings to life the grueling conditions of the round-the-world Volvo Ocean Race with a simulator, videos, photos and a display of the gear taken on-board. One of the participating yachts is also here for you to have a look at. 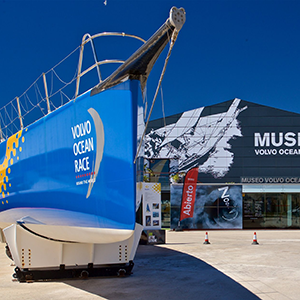 TABARCA ISLAND
A visit to Tabarca island is an absolute must for visitors. Boats depart from the marina in Alicante. The journey takes around one hour. The route will give you the opportunity to enjoy the coastline. On the island you will find nice little bays to swim in, as well as a beach offering different facilities. 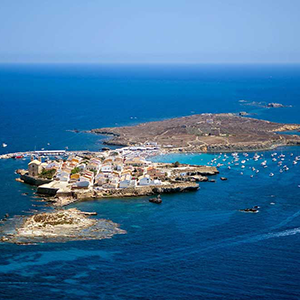 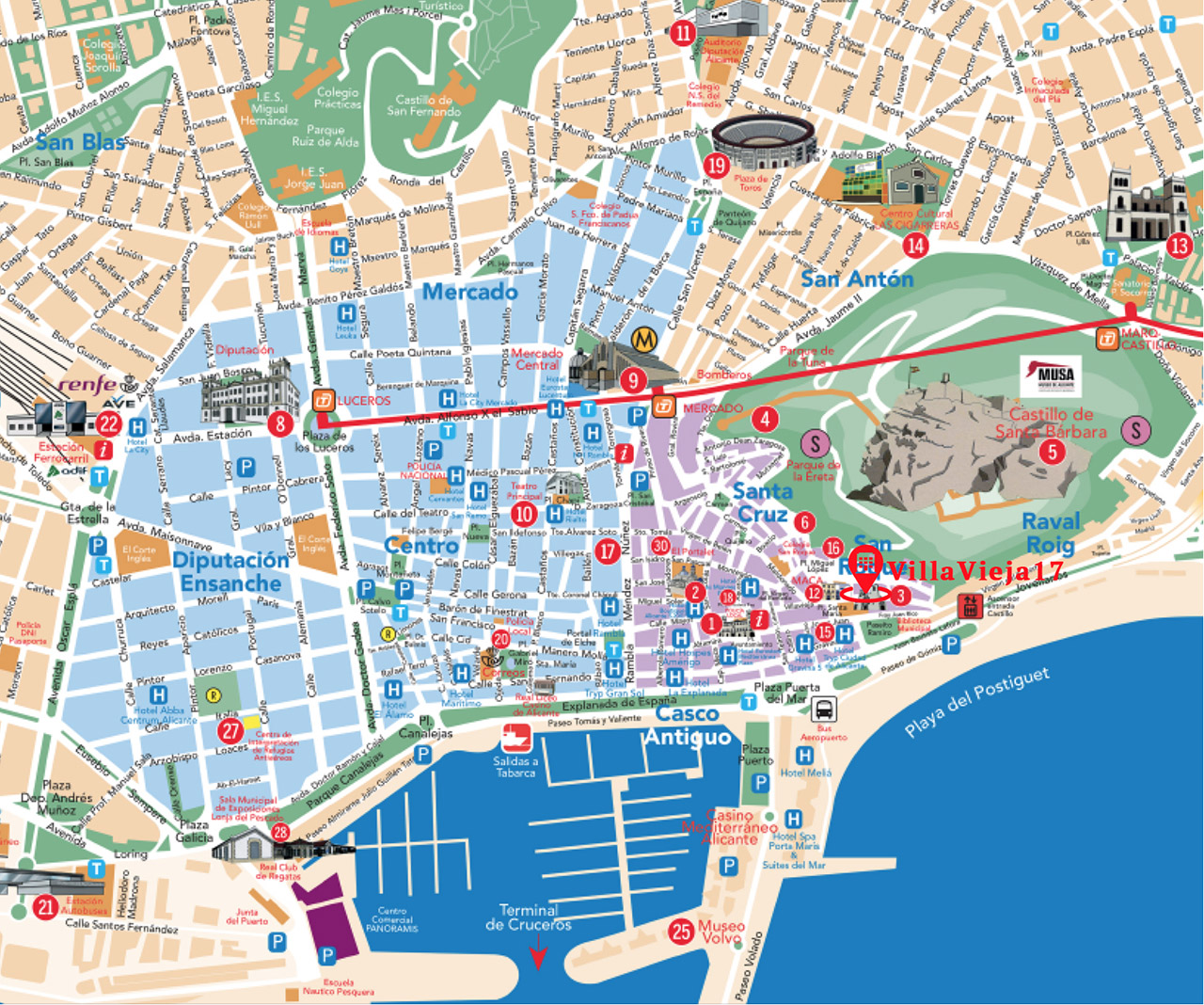